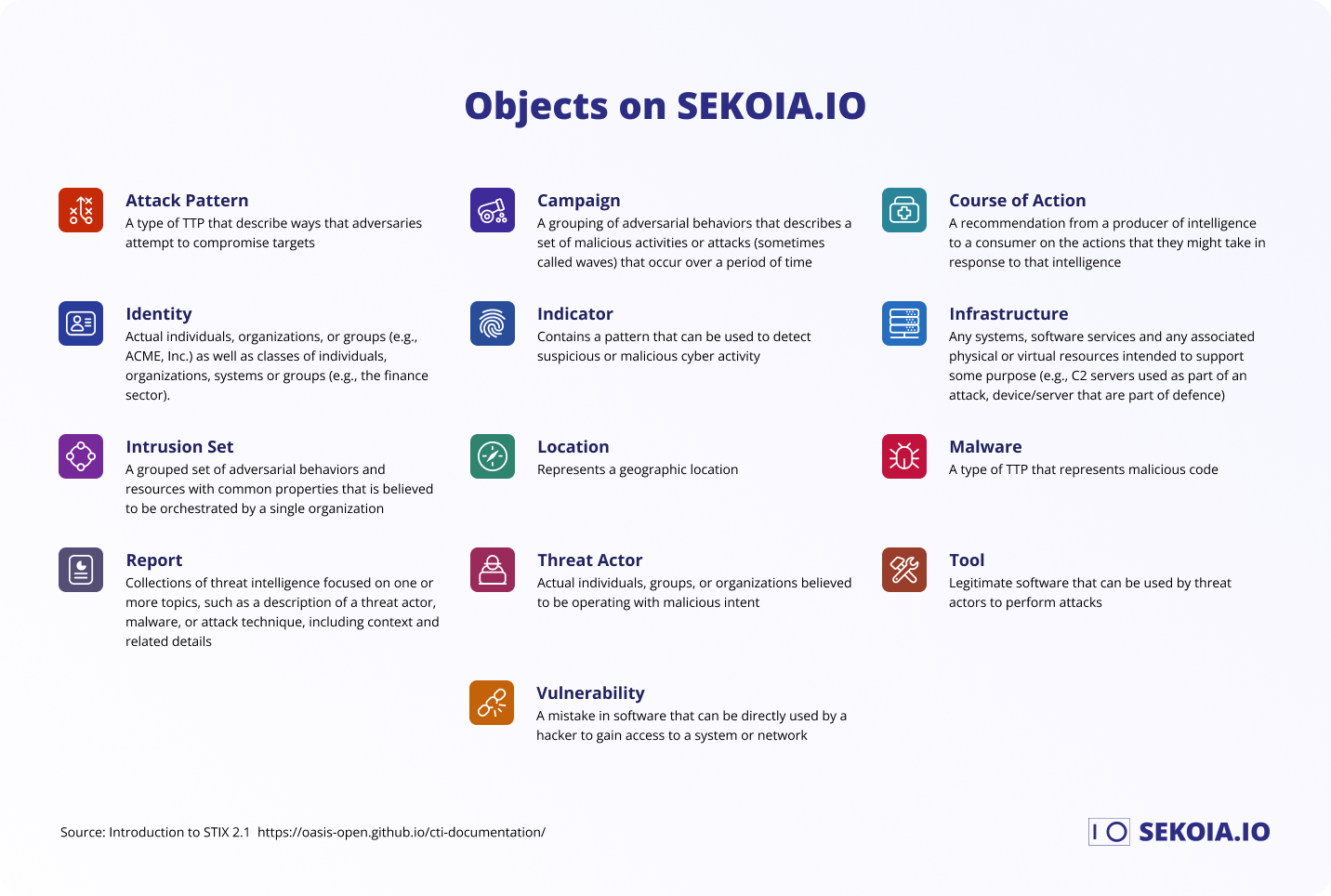 An observable is a technical information that can detect a potential threat. They are derived from all data contained in the Intelligence Center but are not always contextualized.

If an observable clearly represent a malicious activity then it is an IoC (Indicator of Compromise). 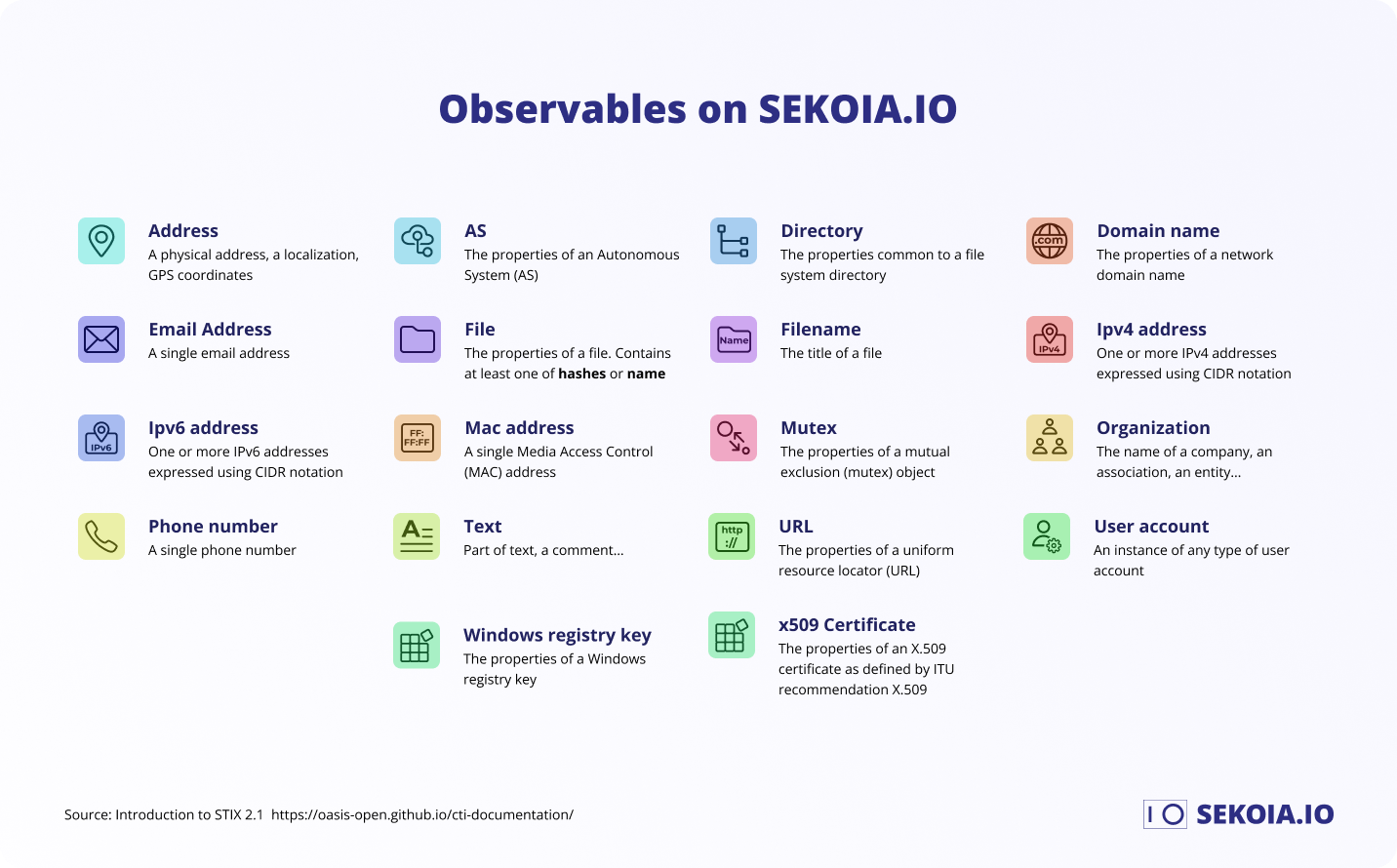 What is the difference between an indicator and an observable?

To understand the difference between an indicator (an object type) and an observable, we have to dig deeper into the definition of each one of these.

One of the founding principle of the Intelligence Center is the consolidation of information coming from several sources.

Sources are represented in STIX by Identity objects.

Our consolidation strategy means that the created_by_ref field of the STIX objects will always be set to the SEKOIA identity. The sources that contributed to one of our STIX object are available, as references, in the x_inthreat_sources_refs custom field.

As an exemple, here are parts of a Spearphishing Link object:

STIX 2.1 adds an optional confidence field for an object creator to express how confident we are about the information.

When specified, this confidence level on objects should be read with the Admiralty Credibility scale.

Next to the source (object type: Identity), the confidence score may be specified to express the source's reliability. When specified, this reliability level should be read with the Admiralty Reliability scale.